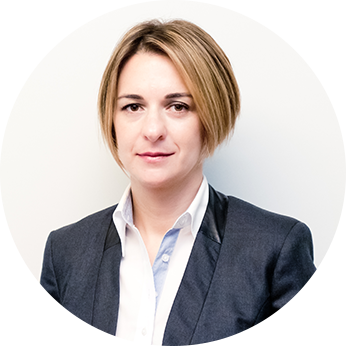 Making the Most of M&A Practices - World Finance January 2009

Primarily driven by increasing foreign investment and the willingness of local companies to partner with foreign players, deal volumes and values of M&A deals continue to rise in Turkey

It appears that this is the result of the developments made in the legislation and the economy, which have attracted international investors with the confidence that the legislation and practice in Turkey are compatible with those of developed countries. A well functioned privatisation program has also played a significant role in this increase. Recently, the energy, financial services, telecommunications and real estate sectors have been the main areas of focus of the M&A deals besides the ongoing privatisation of state assets in numerous other sectors. This article mainly focuses on the legal aspects of the M&A transactions under Turkish Law and discusses the main provisions of the legislation applicable to M&A transactions (except for the tax matters which may constitute the subject matter of another article) and the steps of the M&A process.

An M&A process may involve several different fields of law; mainly, the Turkish Commercial Code (the “TCC”), Turkish Code of Obligations (the “TCO”), the Law on the Protection of Competition, Capital Markets Law, Labour Law, Tax Law and certain special laws relating to particular sectors contain provisions regulating the M&A process. According to the TCC a “merger” is only valid between corporations of the same type, which can be realised through the establishment of a new company, in which such corporations merge, or through the acquisition of a corporation by another. An “acquisition” may be realised by way of “asset transfer” or “share transfer”. Transfer of bearer shares of a joint stock company may be achieved by the delivery of the possession of the bearer share certificates, whereas, the registered shares of such a company are transferred through endorsement and delivery of the registered share certificates and registry of such transfer with the company’s share book based on a resolution of the board of directors to that effect. Acquisition of shares of a limited liability company are transferred through a written and notarised share transfer agreement and the registry of the transfer with the share book of the company based on a shareholders resolution approving such transfer. Furthermore, under Turkish law transfer of registered shares of a joint stock company may be restricted and certain privileges, with respect to dividends, liquidation proceeds, voting rights and management may be provided to certain share groups or persons by the articles of association of such company. Primarily driven by increasing foreign investment and the willingness of local companies to partner with foreign players, deal volumes and values of M&A deals continue to rise in Turkey As for the asset transfer, depending on the type of the assets to be transferred there may be certain formalities to fulfill, such as registration of such transfer with the land registry in case of an immovable, or certain restrictions regarding the transferability of the assets in question. Apart from such formalities or restrictions, there are certain provisions under Turkish law that may have an impact on an asset transfer. For instance, newly established companies wishing to acquire assets should take into account the requirements of Article 311 of the TCC and inquire whether their acquisition triggers such requirements, as according to said article, contracts to be executed within a period of two years after the registration of a company for the acquisition by the company of an enterprise, installations or other property and rights for a value exceeding one tenth of the capital of the company, shall not be valid unless approved by the general assembly and registered with the Commercial Registry. In case of an asset transfer, it would also be advisable to inquire about the existence of the conditions specified under Articles 277-280 of the Execution and Bankruptcy Law to avoid a possible future claim regarding the cancellation of the transaction by the creditors of the transferor of such asset, as pursuant to the said articles under certain conditions the creditors of a seller or transferor of an asset may apply for the cancellation of the sale transaction or the transfer engaged by such seller/transferor. Furthermore, provisions of Article 179 of the TCO impose a liability on the acquirer of a business together with its assets and liabilities against the creditors of such business (with the joint and several liability of the previous obligor limited to two years). Accordingly, determination of whether the asset transfer is a transfer of commercial enterprise within the meaning of Article 179 of the TCO or a pure asset transfer becomes an important issue for the acquirer of assets. An M&A transaction may also involve employment matters. Under Turkish law a pure share transfer does not trigger the transfer of employees, as the legal personality of the company, shares of which are acquired, and therefore, the employer does not change upon such transfer. In case of the transfer of a work place in whole or in part to another person based on a Making the most of M&A practices An M&A process is generally a complicated one both in the context of business and legal requirements January-February 2009  www.worldfinance.com Inward Investment: Turkey xx legal transaction, the employment contracts existing in the work place at the date of the transfer are also transferred to the acquirer of the work place with all rights and obligations. In such a case, neither the transferor nor the transferee employer may terminate any employment contract only due to transfer of whole or a part of the work place and with respect to the employee the transfer may not constitute a justifiable cause for termination. Furthermore, if in addition to the employer the location of the work place also changes as a result of the transfer of the business, the transfer of the employees is only possible upon the consent of the employee.

In practice, an M&A transaction may involve pre-agreement, due diligence, negotiations, fulfillment of conditions precedent and closing phases. It is common for the parties to sign a letter of intent or a memorandum of understanding or a term sheet setting out the intention of the parties, which can be “binding” or “non-binding” and a confidentiality agreement in the pre-agreement phase. The general rules and principles of the TCO regarding the negotiation stage of an agreement, including the good faith principle and culpa in contrahendo apply to the said stage. Due diligence is a background study helping the identification of potential obstacles to an M&A deal and enabling the purchaser to determine and negotiate the purchase price. Subsequent to the due diligence, begin negotiations of the transaction agreements such as share or asset purchase agreements and shareholders agreements. An M&A process may involve obtaining the approvals and/ or licenses from the relevant regulatory bodies as a condition precedent to such transaction. For instance according to the Communiqué on Mergers and Acquisitions of the Turkish Competition Board, provided that the legal thresholds (combined and/or individual market share of 25 percent and or combined and/or individual turnover of 25m YTL approximately $14.5m- in the relevant product market) are exceeded, in case of control or acquisition, by any undertaking or person, of the assets of another undertaking, or the whole or a part of its securities, or the means granting it the power to have a right in the management, the approval of the Turkish Competition Board has to be obtained. Furthermore, the approval of other certain regulatory authorities such as Banking Regulation and Supervision Authority, Energy Market Regulation Authority, Telecommunications Authority, Undersecretariat of Treasury may also be required depending on the specific deal. In addition to the regulatory approvals, the parties may set forth other special conditions to be fulfilled prior to the closing of the transaction. Therefore, it is common practice to determine a sufficient period between the signing of the transaction documents and the closing of the transaction for the fulfillment of the regulatory and/or special conditions precedent and to close the transaction on a date determined by the parties once all of such conditions precedents are fulfilled.

As is understood from the above summary, an M&A process is generally a complicated one both in the context of business and legal requirements and therefore should be conducted diligently by the parties and their advisors. It is advisable that foreign investors cooperate with local firms from the very beginning of the process in order to be fully informed of local requirements and practices and the relevant timeframes thereto.

The content of this article is intended to provide a general guide to the subject matter. Specialist advice should be sought about your specific circumstances.